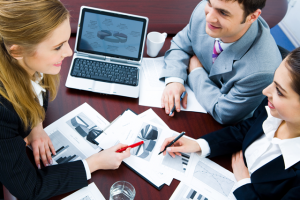 Note: The International European Banking Consortium (IEBC) provider business model is too technical and involved to have a FAQ, which would either end up being voluminous, or would end up being too shortened and superficial.

However here are some of the initial common FAQ’s that may help put certain concerns in perspective:

Next steps after hiring Bank- steps to funding

Step 1 – Bank begins advising the client on collecting all best and most relevant documents to compile the Banking Compliance package, and processes that package.

Step 2 – Bank makes private arrangements with the source(s) of A-rated collateral instruments, as the basis for issuing a Collateral Commitment to be included as a strong part of the Banking Compliance package.

Step 3 – Bank compiles and issues a formal Certification Report, covering the client company and project documents, and covering the collateral backing, together with licensed Transaction Closing guidelines to help lenders most easily and quickly close a transaction.

Step 4 – The bank begin presenting the finished package to potential other bank lenders. The bank facilitates with all potential lenders, backing up its issued Certifications and representing the Collateral. As soon as any other bank lender agrees and clearly communicates its preferred closing process (often based upon the banks certified transaction closing procedures in its report), then closing begins.

Type of contract provided by bank

It is written by the “plain English” method, but is long only because it is a “framework” contract, designed to cover all versions of the services for various situations, to give flexibility as client needs or transactions tend to cross over mixing with other services, and to accommodate repeat business with satisfied clients under the same contract without having to re-sign.

Please keep in mind that the majority of provisions are not “functional” (practical), but rather are required by law to be there only for “compliance” with various banking laws and regulations governing the bank.

Yes. Telephone contact is generally “discouraged” (officially), because under banking regulations all “advisory support” must be issued in verifiable written form (i.e. email or letters).

However, of course everybody understands the time-honored tradition of the “comfort call”.

How is collateral raised

The bank purchases A-rated insurance instruments of guaranteed face value from brand-name banks who already own the assets. The bank has multiple cooperating other banks directly selling the assets, which are at a discount because they are like “annuities”. The banks have hundreds of billions of dollars in such assets at any given time, so there is no shortage, and arranging purchase is relatively quick and easy.

Purchase of the collateral assets is done by conditional Escrow set up by the selling bank that currently owns the asset portfolio that will be used to cover the customized loan structure amount for the project client. That means (1) the assets are “pledged” to the lender in bank Escrow, so the lender can issue a loan against pre-identified specific assets as collateral, and (2) the collateral is paid for only from the loan when funded. This allows the bank to quickly provide unlimited collateral for any project funding transaction, without needing any of its own additional capital liquidity or investment.

The bank very carefully calculates a proprietary formula that ensures that the funding package covers all collateral costs and the success fee, while yielding 100% net working capital for the client project at a low equivalent interest rate on the net funds received by the client.

From the point of view of a lending bank, the only “terms” in the standard model services are simply the fact of providing A-rated tangible monetary assets of guaranteed face value to lenders. All lenders worldwide fund on those “terms”.

The only thing different about the model of services is that the bank who is the provider of services will precisely calculate the correct amount of collateral to provide, covering 100% of principal plus the cost of leveraged collateral procurement, so the collateral is paid from the loan. This effectively transforms what the client thought was a “project loan”, into something the bank recognizes as an “asset based loan”, which is much easier to obtain. All lenders favor asset loans over “project” loans.

Why would a European Bank fund a project non-recourse

The result of the model loan structure is “non-recourse” only because the bank (service provider) actually brings in third-party collateral and structures it into the funding package, covering 100% of the loan. To the lender, this is not “non-recourse” at all, it is full recourse, because the bank provider actually gives the collateral directly to the lender at closing.

The lender has full recourse (and even full possession) of the collateral. As a result, all property and assets of the client and project remain free and clear, with no liability. But the lender is fully covered.

What type of collateral is provided for the project funding

The collateral is A-rated monetary assets of guaranteed payout value, in the form of insurance annuities, called “SLS policies”. These are universal assets, as they can be easily used by lenders in all countries, with no need for “attaching” collateral property through registrations outside of the lender’s country.

European Banks are struggling and have basically stopped lending

Europe is not one single entity. There are vast differences between countries. The current Euro Zone problems are precisely because of the fact that the countries have different economic and banking performance levels.

The Netherlands, Sweden, Finland and Switzerland are still economically strong, and still have active bank lending programs. Then there are numerous offshore funding sources with enormous accumulated wealth, who lend both directly and also can be accessed through the EU institutions.

The retainer is strictly limited to real expense costs of making the project bankable, including giving it universal collateral.

First, making the project bankable with acceptable collateral is 100% the client’s sole responsibility, and it is prohibited by banking and finance laws and regulations for any institution to pay those costs for a borrower. Thus it is illegal to make those costs “refundable”.

Second, the results of the work (that the retainer pays basic costs for) are given to the borrower, as a tangible deliverable. The borrower then “has” a bankable certified Banking Compliance Package, and “has” a Collateral Commitment with closing documents for the funding package with collateral. That is delivered tangible benefits, making the borrower qualified for many loans with many lenders worldwide. All laws of commerce prohibit requesting or giving a “refund” when the tangible work purchased has been delivered, and has value and benefit for the client.

Third, there is no compensation included in the retainer, and the European Banking Consortium provider has to work 100% on a success fee basis.

Fourth, since the retainer is 100% for expense costs of getting the work done, all of it must be spent immediately during the 1st month, nothing can be left to “refund”.